Nu jazz, also known as jazztronica, is a genre of jazz and contemporary electronic music. The term was coined in the late 1990s to refer to music that blends jazz elements with other musical styles, such as funk, soul, electronic music, and free improvisation.

According to critic Tony Brewer,

“Nu Jazz is to (traditional) Jazz what punk or grunge was to Rock, of course. […] The songs are the focus, not the individual prowess of the musicians. Nu Jazz instrumentation ranges from the traditional to the experimental, the melodies are fresh, and the rhythms new and alive. It makes Jazz fun again.” 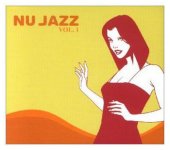 Nu jazz ranges from combining live instrumentation with beats of jazz house, exemplified by St Germain, Jazzanova and Fila Brazillia, to more band-based improvised jazz with electronic elements, such as that of The Cinematic Orchestra, Kobol, and the “future jazz” style pioneered by Bugge Wesseltoft, Jaga Jazzist, Nils Petter Molvær, and others.

Nu jazz typically ventures farther into the electronic territory than does its close cousin, acid jazz, which is generally closer to earthier funk, soul, and rhythm and blues, although releases from noted groove & smooth jazz artists such as the Groove Collective and Pamela Williams blur the distinction between the styles. Nu jazz can be very experimental in nature and can vary widely in sound and concept. The sound, unlike acid jazz, departs from its blues roots and instead explores electronic sounds and ethereal jazz sensualities. Nu jazz “is the music itself and not the individual dexterity of the musicians.”

Development in the 21st century

Established jazz artists have become increasingly active as leaders of nu jazz works in the 21st century. Jazz trumpeter Dave Douglas and his trio involving Mark Guiliana and Jonathon Maron worked with electronic musician Shigeto, who established the musical theme of the band with his ambient synth bass and texture. The resulting amalgam, entitled High Risk, reminisces the experimental sound of Miles Davis’s Bitches Brew with a psychedelic and chill touch. Drummer of the band, Mark Guiliana, has released nu jazz works under his own name as well. Showing clear influences from Jojo Mayer & Nerve, many of the albums such as Beat Music in 2012 and My Life Starts Now in 2014 incorporates synthesized melodies, bass and harmony accompanied by acoustic drumming that successfully replicated the nuance of electronic beats. Although no studio recording has been released, Mark Guiliana performed duo sets with Zach Danziger who constructed melodies using samples and, once the theme was established and looped, joined Guiliana on drums to create rhythmically intense electronic jazz. On a more subtle level, Brad Mehldau’s album Largo in 2002, featured Mehldau’s contemporary lines with acoustic hip-hop/house beats from the percussion and occasional electronic overdubs on tracks such as “Sabbath” and “Free Willy”.